Do you have a closed-loop Geothermal System?

Systems containing Ethyl Alcohol (Ethanol) or Methyl Alcohol (Methanol) are not subject to bio-fouling, and do not require maintenance of Reserve Alkalinity. It is important to know, however, that Methanol is very hazardous and has been banned for use in several states. 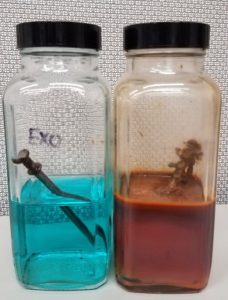