Methanol is a light, colorless, volatile liquid with a faintly sweet pungent odor similar to that of ethanol. Unlike ethanol, it is poisonous for human consumption. Virgin Methanol is the simplest alcohol. Vapors are slightly heavier than air.

CORECHEM is a supplier/distributor of Methanol in bulk package sizes. Buy Methanol in pails, drums, totes, or tankers. 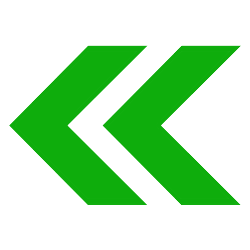 Methanol is used to produce other chemicals such as formaldehyde and acetic acid. It is an industrial solvent, used for paints, plastics, inks, adhesives, resins, and dyes. It is used as an additive in gasoline or as a fuel in internal combustion engines, ships, industrial boilers, camping and boating alcohol stoves, etc. It may in some countries be used as fuel in cars, trucks, and buses. It is also used as an antifreeze. To buy Methanol-based antifreeze products, see GeoChill+™ Methanol-Based Geothermal Fluid or Window Wash Concentrate. Methanol may also be used as a denaturant for Ethanol.

Methanol is toxic if inhaled, ingested, or in contact with skin. Personal protective equipment (PPE) should be worn at all times while handling this chemical. The liquid and vapor of this product are highly flammable. As the vapor is slightly heavier than air, it can travel and ignite if allowed to accumulate in a confined space. Store in a tightly closed container and keep away from ignition sources. Use in a well-ventilated area. Avoid breathing vapors and wash any exposed skin thoroughly after handling. Avoid storing in direct sunlight. Please see Methanol Safety Data Sheet for full safety and compatibility information.

CORECHEM is a supplier/distributor of bulk Methanol. Methanol is available to buy in 5 gal pails, 55 gal drums, 275 gal totes, and bulk.